Donate/Become a member
​
Articles on some of the local NDP Pioneers:

Politics as consistency of purpose: Russell Elliott in conversation with Carol Harris

​Peggy Hope-Simpson: A Lifetime of Activism 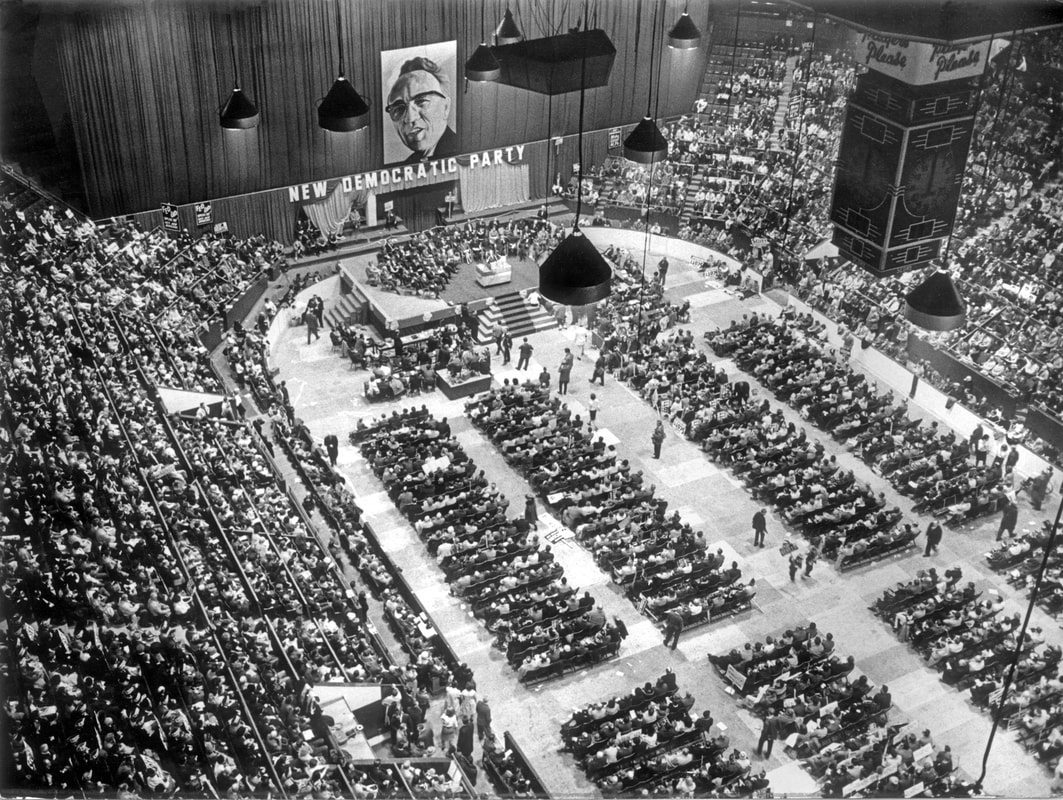 Four days before Canada’s general election in 1965, NDP Leader Tommy Douglas rallied the troops in Toronto’s Maple Leaf Gardens. As shown in this image, Douglas hammered home his “Fed up? Speak up! Vote for the New Democrats!” slogan to a capacity crowd. The NDP took 17.9 per cent of the popular vote, and 21 seats (a gain of four seats from 1963) in the election, which was won by the Liberals’ Lester Pearson. Douglas remained the NDP leader until 1971. Source: Philip King, Globe and Mail.
"Mouseland" by Tommy Douglas (Introduction by Kiefer Sutherland)